The King of Potatoes

Also known as the jewel of Noirmoutier, La Bonnotte is a unique breed of potatoe that is exclusively from this island. The cool, sunny climate of this region, combined with its sandy substrate as allowed La Bonnotte to thrive all year round.

Our farmers use a unique soil profiling technique known as "billon", which consists of mixing seaweeds that washed ashore in June with the soil, allowing the potatoe to warm up and drain quickly.
Bonnottes are harvested before the first week of May, roughly 3 months after planting. Because La Bonnotte is known for its fragile skin, it must be hand-picked and not ripped off. After harvesting, they are thoroughly washed, packaged and sent to customers in France and worldwide, retaining freshnessness to the point of sale.

There are actually 5 breeds of potatoes that bear the same name as la Bonnotte:
Sirtema, Bonnotte de Noirmoutier, Lady Christ'l, lodéa and La pomme de terre Charlotte. Can you guess which type is the most well-known?

Excellent in salads, baked, steamed, sautéed or fried, early-season potatoes blend harmoniously with the most balanced meal ideas. Fans of slimming cooking will prefer steam cooking to preserve their precious mineral and vitamin capital, while gourmets will swear by only fresh vegetables just back in the pan in a little salted butter ... It only takes a little for them. Bon appetit! 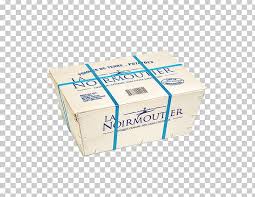