A walk along the L'Herbaudière's fishing port or through the island's market is enough to awaken the sense of any love for fine cuisine. From the sea to your plate, Noirmoutier chefs and farmers do credit for the fresh seafoods caught daily and skillfully prepared.

The ocean in your plate 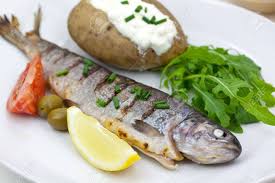 Each day, fish are caught in the early morning and delivered to restaurants across the island, where chefs are responsible to prepare menus full of dishes that sublimate those varied products. Our most famous local dish are grilled sardines served with Bonnotte potatoes. Served with a dollop of creme-fraiche, you're in for a treat!

Oyster and other shellfish 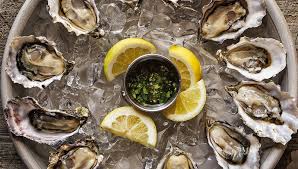 The Island of Noirmoutier is proud to offer our cherished treasury of shellfish, especially oysters. Our oyster variants are renowned for their delicate taste of freshness. The condition in which they are farmed have defined specific flavour for each species. A simple drizzle of lemon juice will reveal the rich flavour of the sea.

If you happen to purchase the oyster, they should be opened an hour before eating and drained of the “first water” in the shell, (it's the water that oysters filer out dirt and grimes). The oysters will later release a second, less overpowering water. To retain their full delicacy, don’t place them in the refrigerator or on a bed of ice. Enjoy with either mustard, lemon or toppings of your choice.

Dawn barely breaks before the slipway at Bonhomme Port begins to hum with the coming and going of tractors hauling flat-bottomed boats to the oyster farms just uncovered by the tide. Despite its unbeatable view of the town of Noirmoutier-en-l’Île, this miniature port on Bourgneuf Bay, would almost go unnoticed if it weren’t the island’s main oyster port. 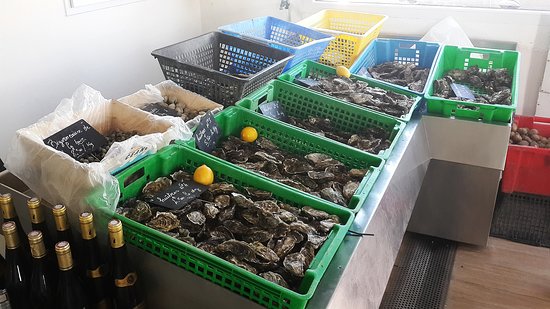 Located on Bourgf Bay, Bonhomme Port is built just 500 metres om the waters of the Atlantic Ocean.Bonhomme Port comprises a handful of oyster huts, some of which have become retail and tasting spaces, a slipway to the sea, and a cycling trail along the dyke, all of which is punctuated by the comings and goings of flat-bottomed boats called plates or lasses. This site only contains a small portion of the island’s oyster and mussel farmers; many other “huts” have been built near the coast in the east.
The practice of shellfish farming has been proven to be a crucial part in the ecological balance of the ocean.

Shellfish harvest helps to improve sediment quality by loosening and dispersing silt and muck, and helps add oxygen to bottom waters and sediments. For example, oysters can filter 100 gallons of seawater in a single day as part of their natural feeding process. Shellfish feed on phytoplankton, but can also accumulate marine biotoxins, chemical contaminants, and pathogenic microorganisms, such as bacteria and viruses, effectively removing them from the water column. 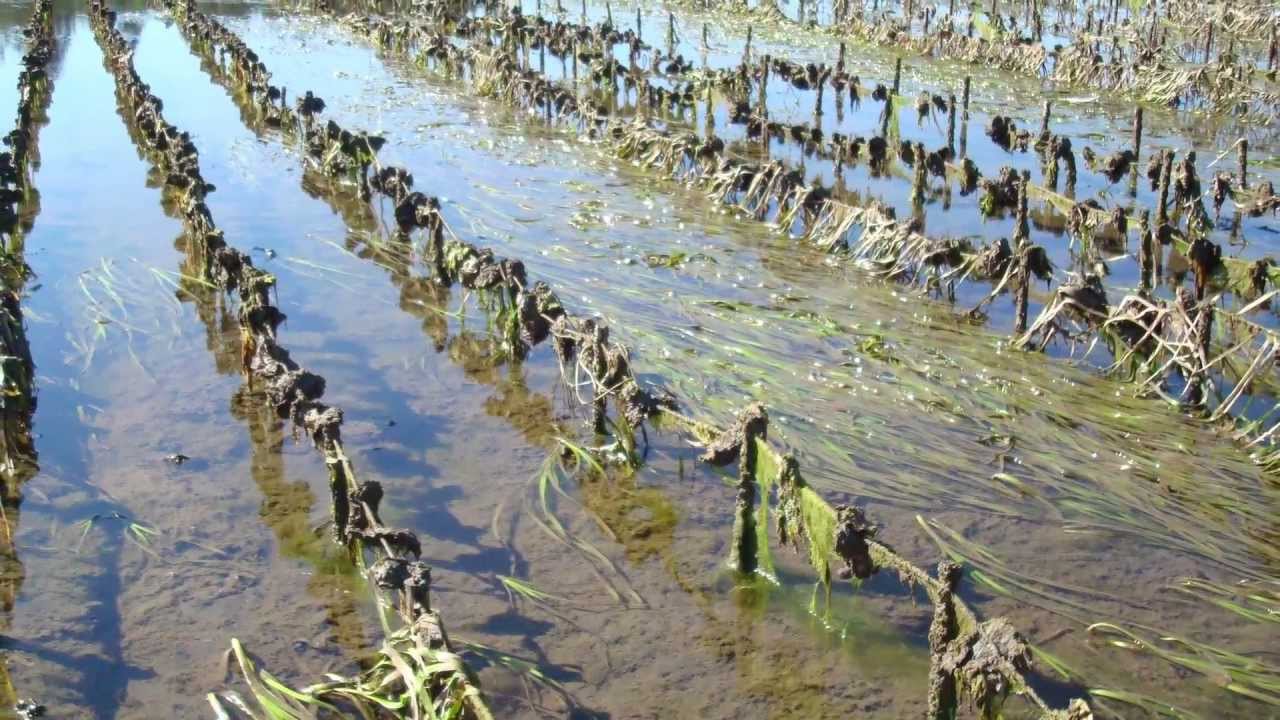 They improve water quality and clarity by removing particulates, excess nutrients, organic material, viruses, and bacteria from the water column. Improved water clarity enhances habitat for sea grasses such as eelgrass and other submerged aquatic vegetation.

Shellfish beds provide critical ecosystem functions by creating structure and habitat for other species such as crabs, worms, and juvenile fish, that provide a food source for fish and other marine species. The nooks and crannies in oyster beds create 50 times the surface area of an equally sized expanse of flat bottom.

For more information in local farms in Noirmoutier, click here.